Different Buddha statues have their own meanings and own definition. Nepal is known as the birthplace of Lord Buddha and Lumbini is visited by thousands of Buddhist monks andfollowers since it is one of the four most holy Buddhist Pilgrimage sites. But the Buddha statues that are found in Nepal are mostly crafted and made in Patan. That's why Patan can be considered as the Powerhouse when construction of Buddha statues is involved.

“Bhrikuti brought many sacred Buddha statues that were made by Nepalese Craftsmen…..”

The making of bronze Buddha statues is quite difficult if you are following the old tradition. But that’s what makes the Buddha statue more beautiful. There are a lot of processes that needs constant care and precision. If we talk about a single Buddha statue, it needs the hands of numbers of expert craftsmen.

First of all, an expert craftsman creates a beautiful sculpture in wax in order to make a complete figure. The artist can create all designs of Buddha sculpture and other holy figures like Manjushree, Avalokitesvara, and other Hindu deities figures as per needed. These designs are carved with a lot of precision and we can easily differentiate the carving or design made by an expert and normal craftsmen.

A mould is made from the original sculpture. The mould is usually ceramic raw materials. After the moulding process is complete, it is heated in high temperature so that the wax inside is removed. The mould is then is left to dry in the sunlight for more than 15 days depending on the temperature.

That is when the casting process starts. In Patan, casting of bronze is one of the finest in Nepal. Depending upon the material of the statue, the material such as bronze or copper is melted in high temperature. The molten material is poured in the hollow and this is repeated until the required thickness is achieved. This process is done for each different part of the Buddha statue.

The burned mould will be removed using the hammer after the material is solidified, this is the first moment when we have an impression of the actual bronze Buddha statue. The casting is worked until the remaining leftover of the mould is removed from the goods. When casting of all the parts are completed then the craftsmen and wielder wields all the different parts to produce the original sculpture. When the casting of the Buddha is finished, the craftsmen start to give different features to the statue to give it its specific look. Many Buddha statues are gilded to give its nice golden look. There are numbers of craftsmen who are working on different features on statues such Buddha mudras and poses, symbols of Buddha in statues separately.

The Buddha statues that are made by Newar craftsmen in Patan have a magnificent and unique appearance since each and every part of the Buddha statue has been carved and crafted with exact precision. Following the century’s old tradition have made Nepal rich and wealthy in arts and national cultures. 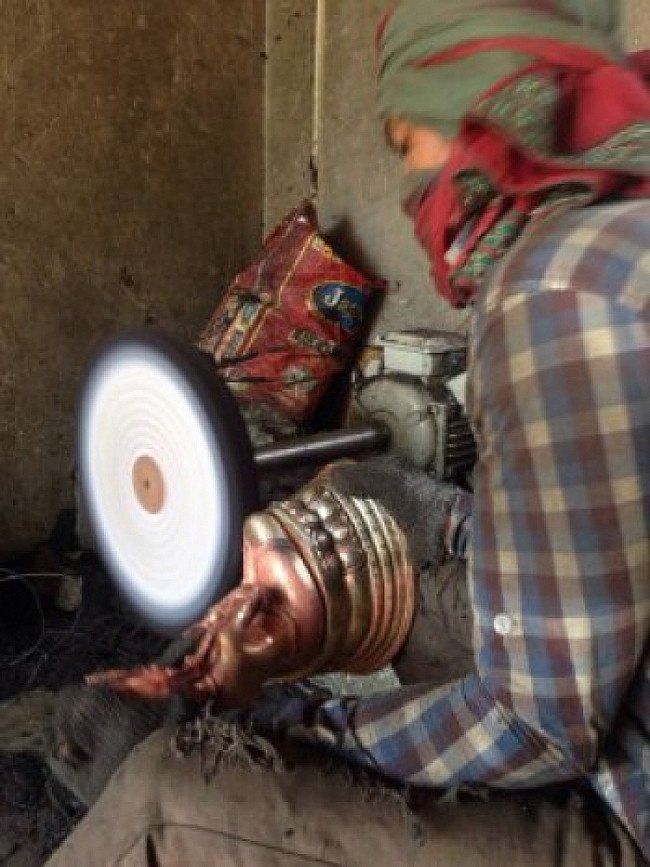 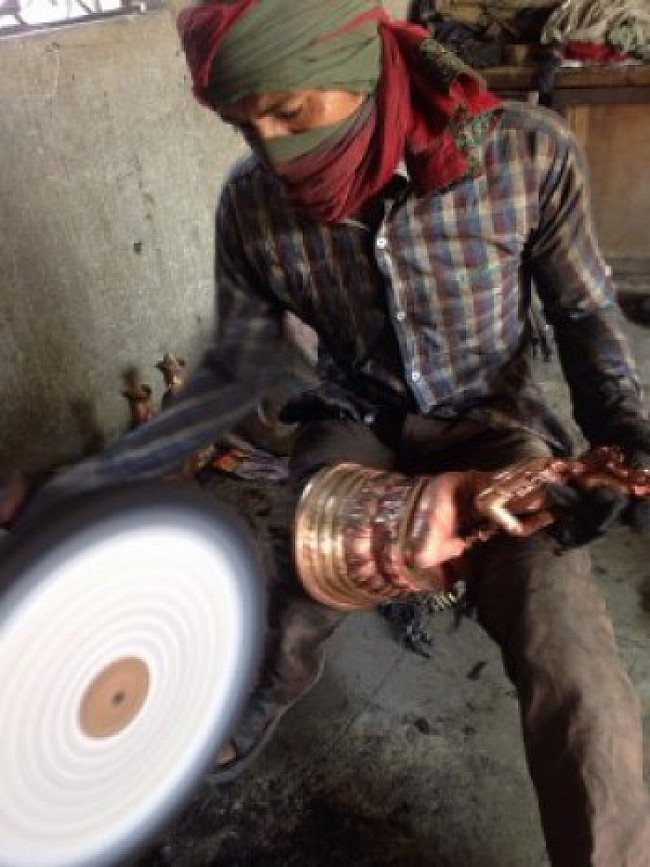 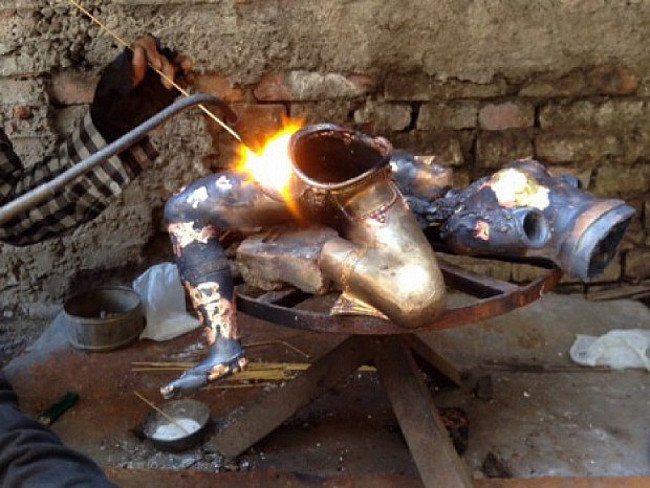 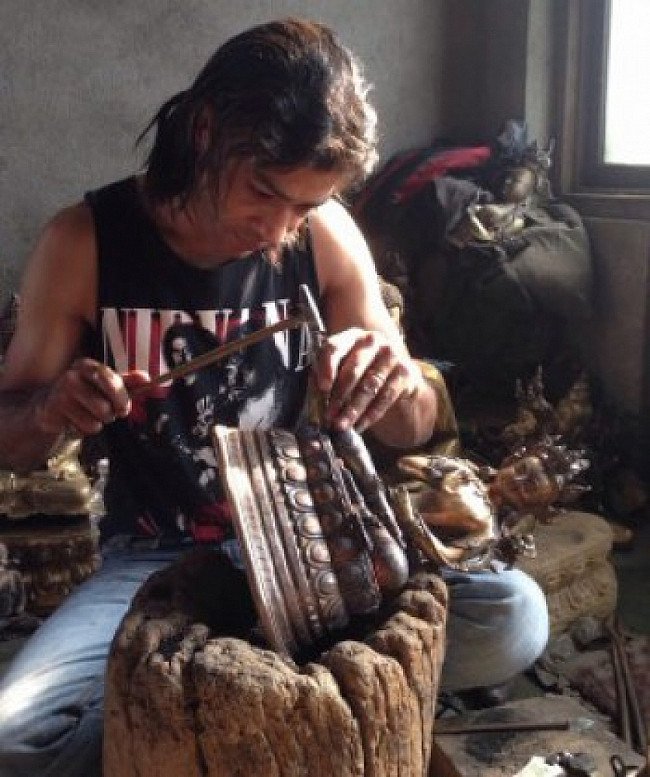 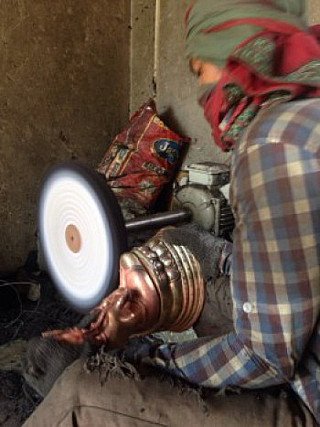 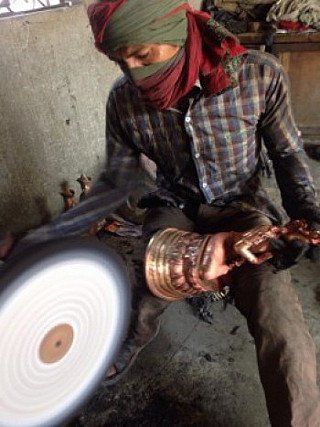 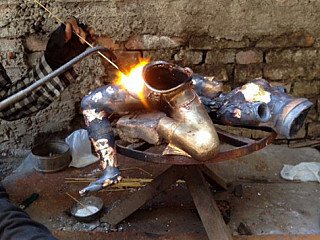 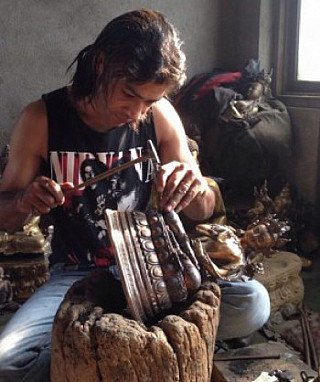