Rahula was the son and one of the ten Great Disciples of Lord Buddha. Rahula was also called "Rahula The Lucky".

Rahula was the only biological son of Siddhartha Gautama and Queen Yasodhara . According to Buddhist tradition, Rahula was very young when Prince Siddhartha decided to live a life of an ascetic and tried to find the true meaning of life and the cycle of Samsara. Later Rahula became Buddhist monk and attained Enlightenment. According to legend, Rahula was called “ Rahula The Lucky ” by his friends since he was the son of Lord Buddha and attained Enlightenment. Rahula was considered as one of the ten Great Disciples of Lord Buddha. Rahula died young before the departure of Lord Buddha.

Before leaving the life of royalty to find the Enlightenment, Prince Siddhartha called Rahula "fetter" since Rahula could tie Prince to Yasodhara and could halt his quest to find the truth being the Wheel of Life. Some people from modern times accused Lord Buddha to be a “deadbeat dad” since he left Rahula when he was very young.

The birth of Rahula was believed to be the key factor that fueled Prince Siddhartha’s decision to leave the palace as well as royalty life and to find the meaning of life, death, pain, old age and live a life of ascetic. Rahula was the son of Prince Siddhartha and Yasodhara and grandson of King Suddhodhana, Shakyan king of Kapilvastu, Lumbini. On the particular evening of Prince Siddhartha to choose ascetic life, Prince peeked at the royal bedchamber to look at his wife and son for the last time butRahula face was concealed by Yasodhara’s arm.

After 9 years, Lord Buddha returned to his birthplace, Kapilvastu . When he arrived at the kingdom,Yasodhara took Rahula to Lord Buddha and informed Rahula that he was the son of Lord Buddha .Yasodhara instructed Rahula to ask his father the inheritance so that he could become the king after the death of his grandfather, King Suddhodhana. Later Rahula followed Lord Buddha asking him the inheritance. But Lord Buddha decided that Rahula will inherit his Enlightenment and knowledge of life and the Dharma. He asked Venerable Sariputra to join Rahula in the order of Sangha. He choseSariputra to be Rahula’s instructor and Moggallana as his teacher. 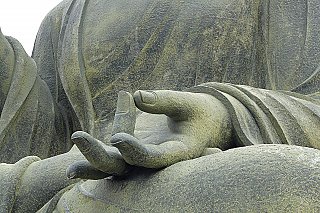 After Rahula joined the Order, he was given and shown no favoritism by Lord Buddha and was ordered to follow the same rule as other monks. Lord Buddha sometimes taught Rahula by himself. Rahula was very attentive student and was always eager to hear the words of knowledge from his teacher. Thus, Lord Buddha said to all of his disciples that Rahula was the most anxious for training. When King Suddhodhana heard that his grandson has become the disciple of Lord Buddha , accused Lord Buddha that Rahula was taken away without their permission. That was when Lord Buddha made a rule that parental consent was necessary before someone could be ordained in the Order of Sangha.

One day, Rahula misdirected a person who seeks the Buddha. When Buddha heard of Rahulas such behavior, Buddha thought that he should teach Rahula as his father and teacher. The conversation of Lord Buddha and Rahula was recorded in the text of Ambalatthika-rahulovada Sutta in the Pali Tripitaka.

Buddha called Rahula so that he could discuss the dharma in such a way that Rahula could understand and remember. Pleased Rahula washed Buddhas feet with the water in a basin.

"Rahula, do you see this little bit of leftover water?"

"That's how little of a monk there is in one who feels no shame at telling a lie."

When the leftover water was tossed away, the Buddha said, "Rahula, do you see how this little bit of water is tossed away?"

"Rahula, whatever there is of a monk in anyone who feels no shame at telling a lie is tossed away just like that."

"Rahula, whatever there is of a monk in anyone who feels no shame at telling a lie is turned upside down just like that."

Then the Buddha turned the water dipper right side up. "Rahula, do you see how empty and hollow this water dipper is?"

"Rahula, whatever there is of a monk in anyone who feels no shame at telling a deliberate lie is empty and hollow just like that."

After hearing such knowledge from Lord Buddha, Rahula learned how to purify his actions and tried consider the consequences of his action. Later Buddha taught Rahula about the way of meditation. At the age of 18, Rahula attained Enlightenment. According to Buddhist tradition, Rahula died at the young age, after attaining Enlightenment . The Great Mauryan Emperor and Buddha follower, Ashoka the Great constructed a stupa in Rahulas honor.

The latest added statues in our catalog 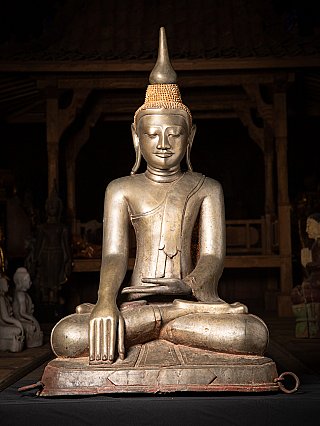 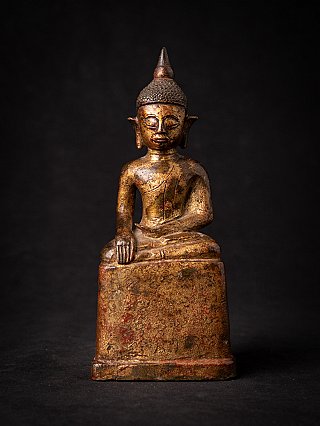 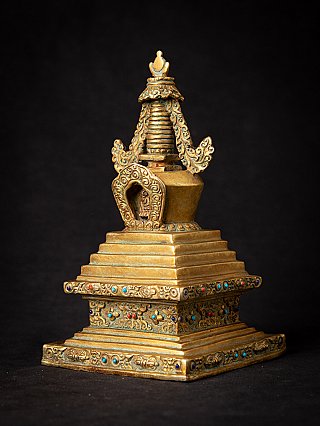 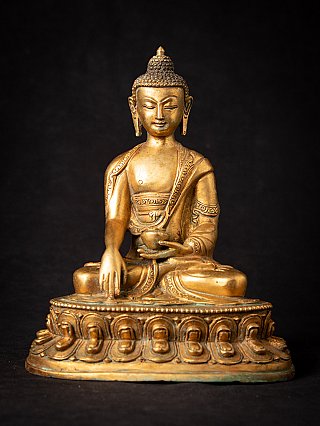 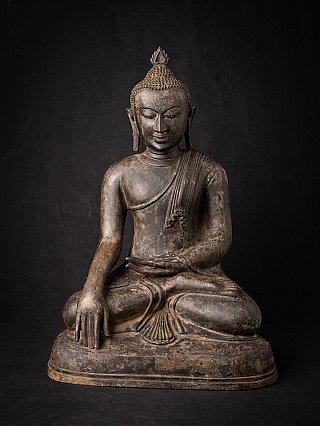 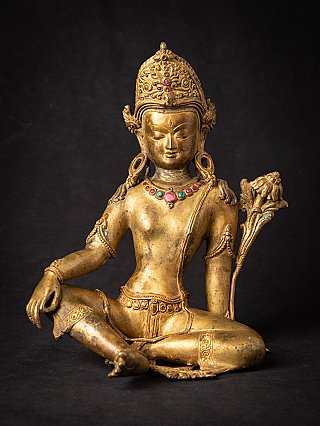 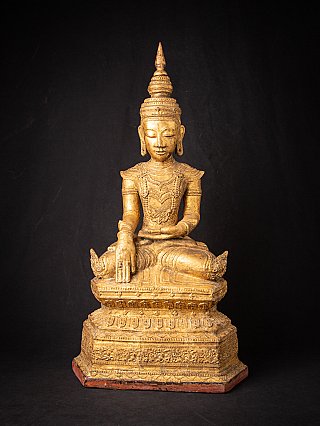 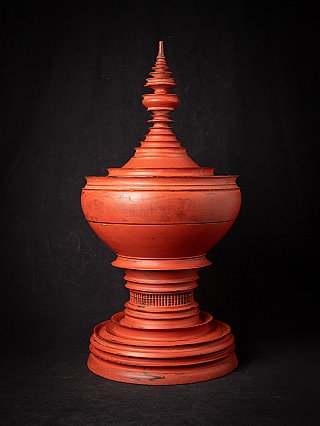